Odoo 11 will likely launch in November of 2017, bringing with it an array of new features and functional improvements. Already available in a trial version, Odoo 11 will build on the enterprise resource planning (ERP) platform’s already stellar feature set while providing new capabilities for developers via an updated API.

At Blue Stingray, we’re pretty excited—the newest version of Odoo will make our jobs much easier while providing some excellent updates to core features. Here’s a brief look. 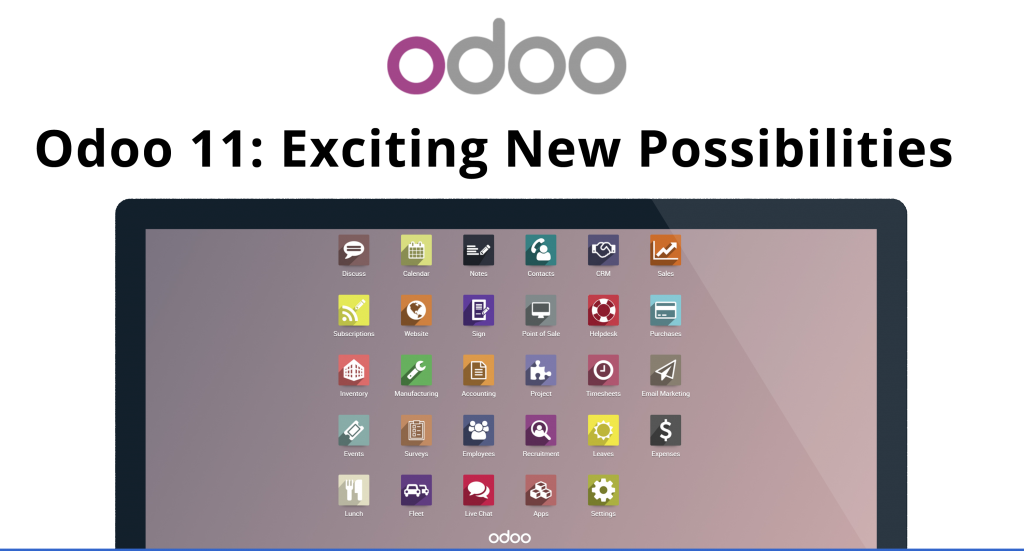 We’re most excited about the speed of the core platform. On average, Odoo 11 will complete tasks about three times faster than Odoo 10, thanks to a decreased number of SQL queries per operation. The frontend has been refined to match the new speed of the backend, with full redevelopments of all front-end views. 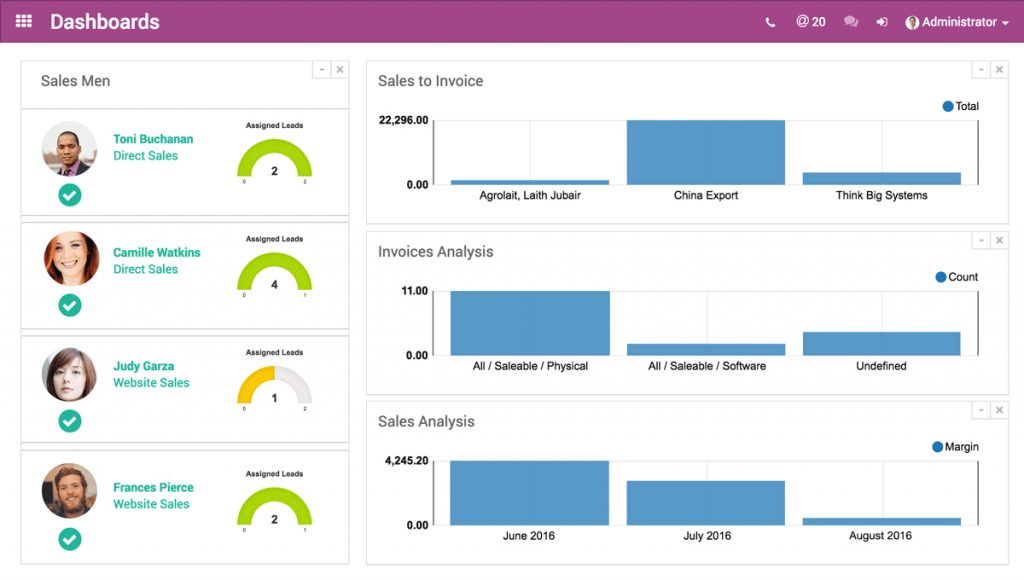 You’ll notice the difference as soon as you start using Odoo 11 —  a 300 percent increase in speed is notable, to say the least. If you’re running a large company on Odoo, you’ll notice an even greater improvement, since larger databases will result in larger increases in speed.

By the way, that new frontend also has a new look: Odoo 11 has a fun, clean interface, and from the Kanban views to the home page, you’ll find cleaner fonts, a brighter palette, and a new look that adapts to any type of screen. Whether you’re using Odoo 11 on a laptop, tablet, smartphone, or any other device, you’ll benefit from a more intuitive user experience. There will also be a new iOS app, designed to take advantage of Odoo 11’s new features and functionality.

Improvements to the Odoo 11 Kanban and Odoo Discuss 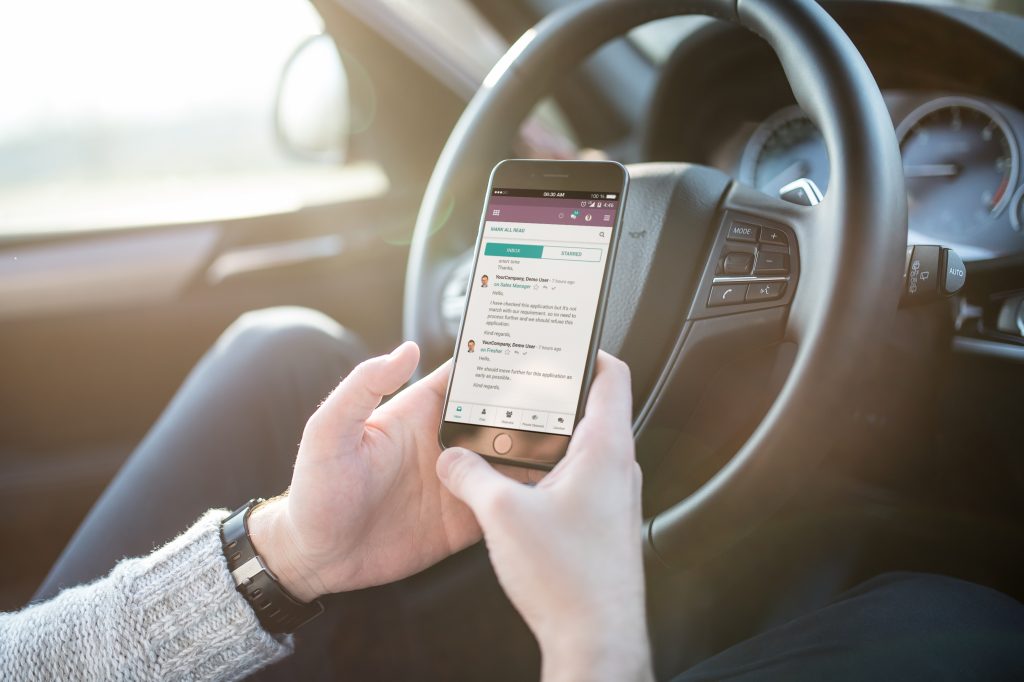 While we’re at it, let’s discuss that new Kanban. Stage headers now feature a progress bar, which allows teams to change the status of different activities (“To Do, Done, or Overdue,” per Odoo’s blog). The progress bar should be a boon to project managers, who can quickly and intuitively check projects to keep them moving forward.

Odoo Discuss also has various refinements, which will allow your entire team to communicate more effectively within Odoo without relying on third-party apps. There’s a dedicated mobile UI for Odoo Discuss, so you’ll be able to communicate more effectively on any type of device. New shortcuts will allow users to manage channels directly in the the text box. The goal is to allow Odoo 11 users to stay on the platform rather than relying on third-party communication tools like Slack. 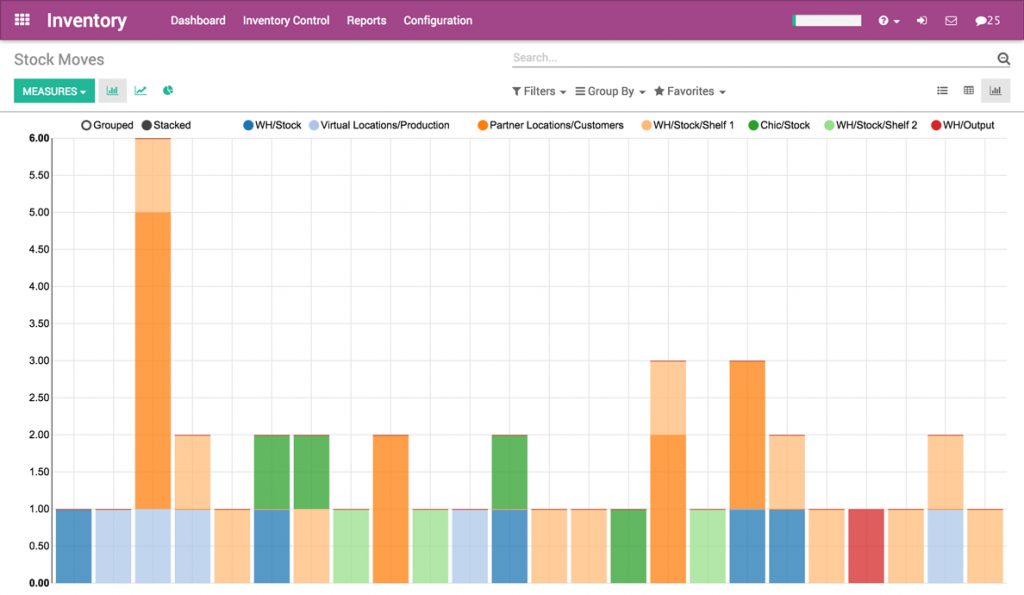 New analytic accounting analysis lets you quickly generate reports to keep your company (or companies, as the case may be) on track.

That’s not all. Odoo Studio is similarly improved, with a better UX that allows switching between apps without leaving the Studio.

The Timesheet app has a new flow and validation policy, so it’s substantially easier to use. 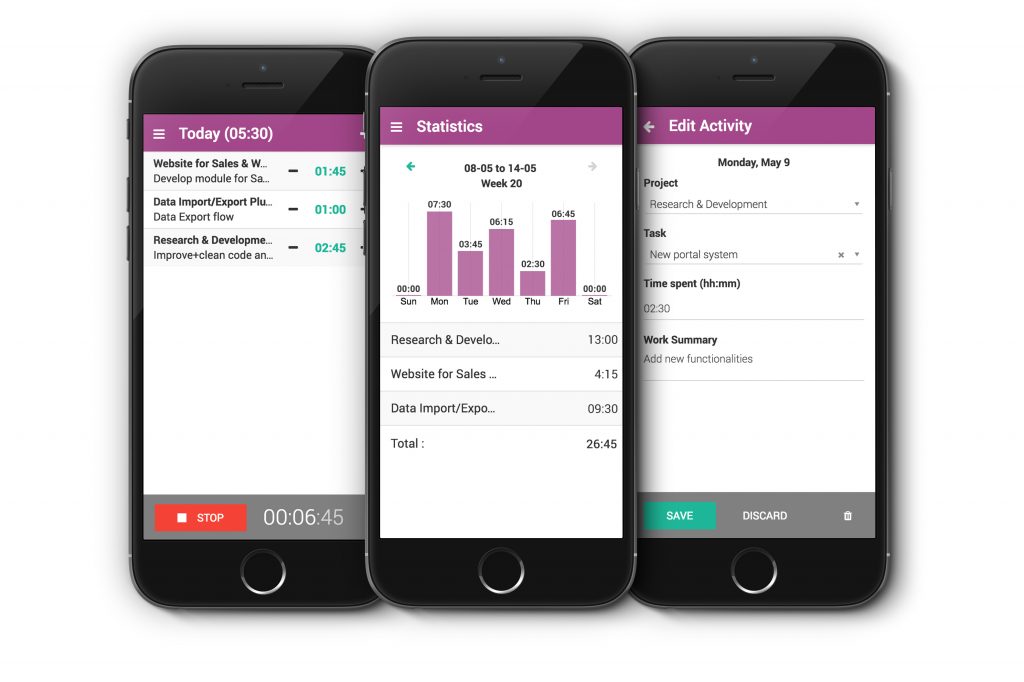 And really, we’re just scratching the surface here. Blue Stingray’s team is currently working with Odoo 11, and when the official launch date comes, we’ll be ready to help guide our clients through it. We believe that this is one of the most exciting Odoo releases ever, and we’re ready to be your Odoo 11 development team.

We’re expecting the Odoo 11 release soon, but in the meantime, here’s a list of features to expect, courtesy of the Odoo blog:

“Working with Blue Stingray allowed us to combine all of our accounts in one place, which made our customer service representatives more efficient. Blue Stingray customizes their products to meet our needs and provides the tools we need to stay connected throughout the process.”

— Stephanie Westendorf, VP of Operations, EJ Water Cooperative
Have a project? Get In Touch
Schedule A Demo › Contact Us ›